Sometimes I just get tired of food.  I don’t mean tired of eating, but I get so frustrated trying to come up with something different that pleases all of the palates in our home.  Nothing sounds good no matter how many times I open and close the refrigerator through out the day trying to decide what to fix for supper.
This has definitely been the scenario around here the last two weeks.  It’s too hot for a five dish meal and a pot roast is just too heavy, but who wants to stand out at the grill and cook chicken breast when the heat index is 110?!
Sometimes I let everyone fend for themselves (sandwiches anyone?), but more often than not I pull out a cookbook, experimenting on the family with something new.
Audley is on the road this week so I decided to try a little experimenting with the kiddos, after unsuccessfully trying to menu plan.  Since it was just the kids and I, pasta seemed to to be the logical choice for a main (and only) course.  We save the pasta experiments for when Audley is gone since that man-of-mine doesn’t like pasta.
{He just doesn’t know what he is missing.}

Staying with Audley’s grandparents so much this summer has allowed me to catch up on some of my favorite magazines.  From Country Living to Food & Wine I have a stockpile of recipe inspiration just waiting for the right mood!

My kids love mac and cheese (I’ll have to let MacKenzie share her favorite recipe with you sometime), so I thought a variation of that would make them happy.  I couldn’t find this original fusilli pasta recipe, or remember where it came from. In fact, I may have just dreamed this little number up from reading so many magazines.  These ingredients just have been blazed on my brain from somewhere, and I just had to go with it.

{Don’t you just love it when that happens?}

While you are preparing your pasta according to package directions, brown the Proscuitto in a tablespoon of olive oil, to crisp up.

{This took less than five minutes, maybe even three.) 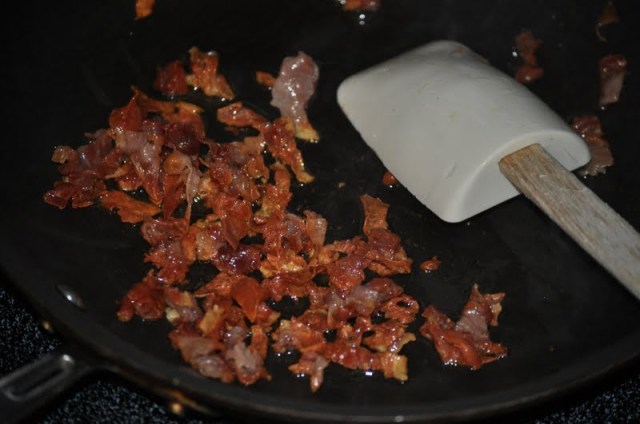 Meanwhile, combine the Parmesan and Romano cheese in a large serving bowl with the oil, basil, and pepper.  Add 1/2 cup cold water and stir well to combine. 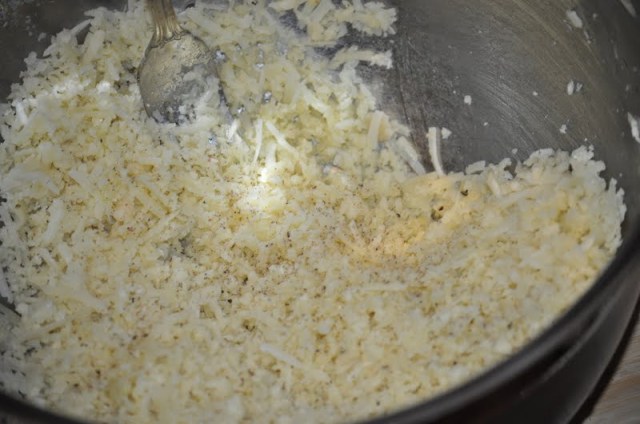 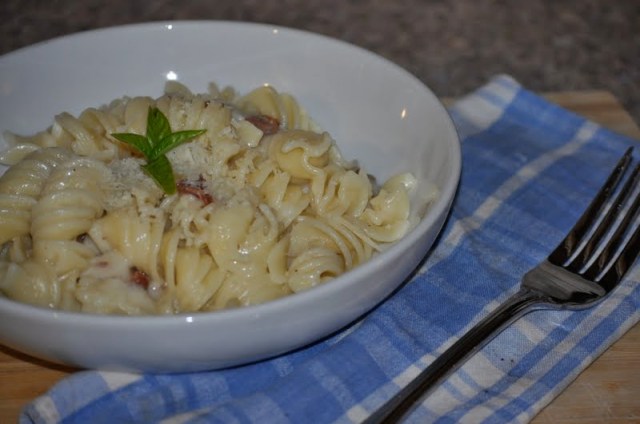 I suppose the kiddos were fine with this little experiment as no one got sick or passed out, and Bradley laid claim to the leftovers for his lunch.  The girls said it was kind of like macaroni and cheese, but really rich.

{Score one for Mom!}

There are two additions I would make to the recipe.  First I would add some sauteed fresh baby bella’s to toss in with the pasta and secondly, I would add freshly chopped green onion.  Don’t cook it, just sprinkle a little on top like a garnish!

What do you do one those days when nothing sounds good?  Is it sandwiches for the fam or do you get creative?