It’s been a long, hot and dry summer this year, but despite the harsh elements we have enjoyed quite a nice harvest from our little garden. 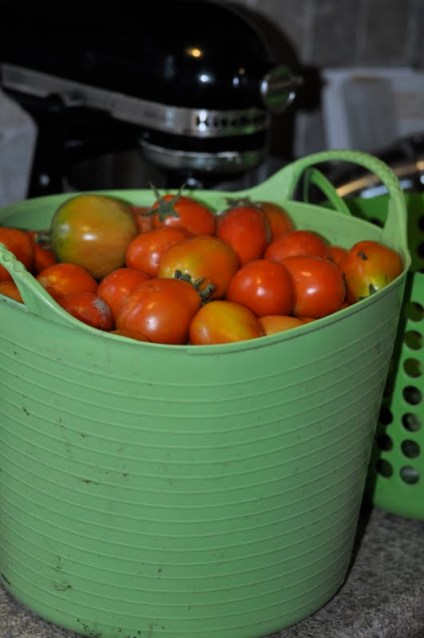 Planting a garden was such an exciting time for us this year.  While it didn’t go as smoothly as we hoped,  we have still enjoyed all we have gained from it.
I didn’t think to take pictures at the beginning of the summer but finally found time for a few shots late one evening last week.  It definitely doesn’t show all of our garden or the best it has looked this summer, as the effects of heat and drought are evident.  But, my little garden has been something to be proud of seeing that we are fairly novice gardeners.
The pride of my garden has been the cucumbers.  We planted ten plants early on, but only six survived and has produced far more than I could ever imagine!

Audley built me these great A-frame trellis’ which I trained my vines to grow up.  There were several reasons for this, the main one was to keep my chickens from dining on the cucumbers before I did!

To construct an A-frame trellis of lightweight lumber — 1 × 2s or 2 × 4s. Wire-mesh fencing, garden netting, or vertically or horizontally strung wire or twine will serve as the plant support. You can design an A-frame in any dimensions, but it must be of manageable size if it is to be portable. Both sides of this versatile trellis are used, and it can be made sturdy enough to support heavy crops such as gourds and pumpkins. 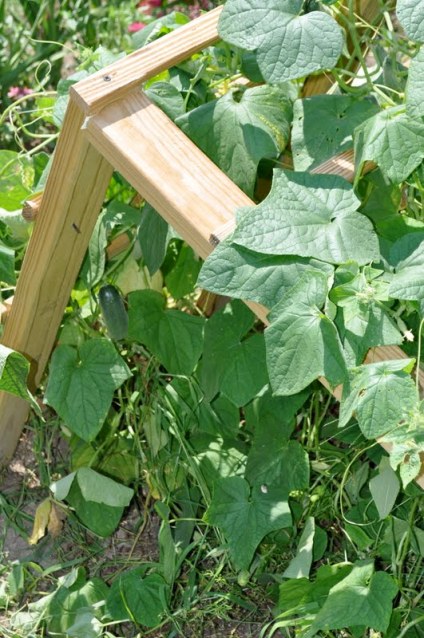 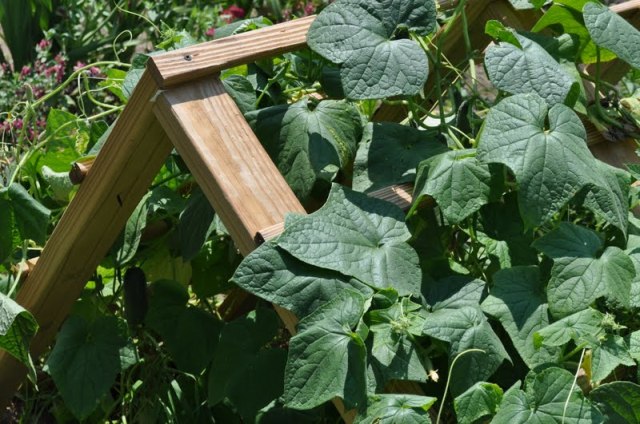 It was so much easier to pick the cucumbers as they dangled from the vines, and I didn’t lose any to rotting because they were on the ground. 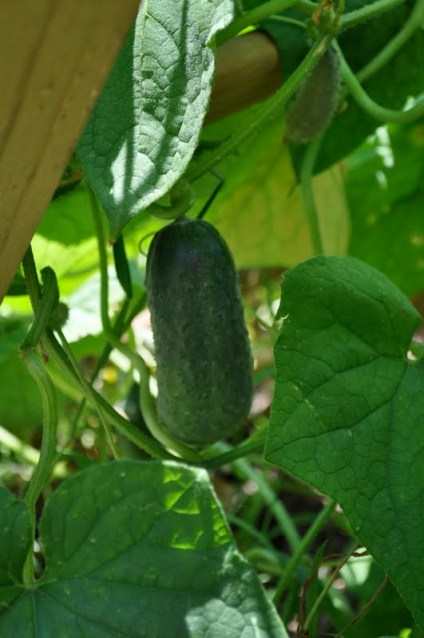 And we have all loved the pickles made from these delicious cucumbers! 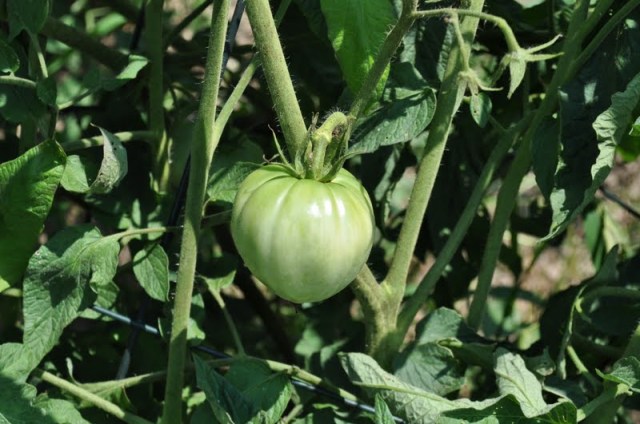 My tomatoes have fared nicely as well.  I planted heirloom Brandywine and Rutgers tomatoes, Romas and cherry tomatoes which we have all enjoyed in salads, salsas, straight off the vine and of course we had a few fried green ones.  I have put up much of these tomatoes to use in soups, chili, and other great tomato based dishes this winter. 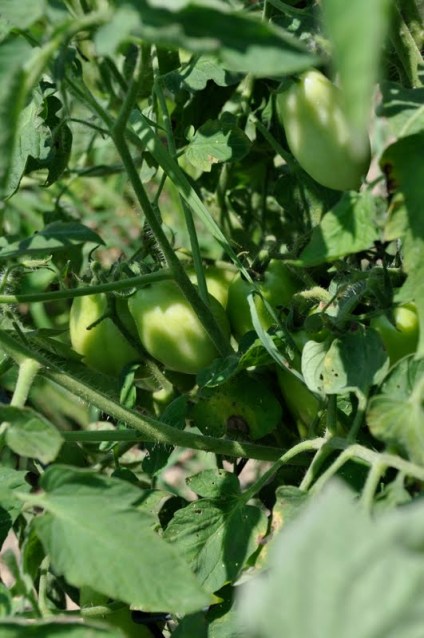 Our watermelons have grown more than anything this summer, trying to take over the entire garden in the process!  We planted sweet Sugar Baby melons which are just about ready for picking. 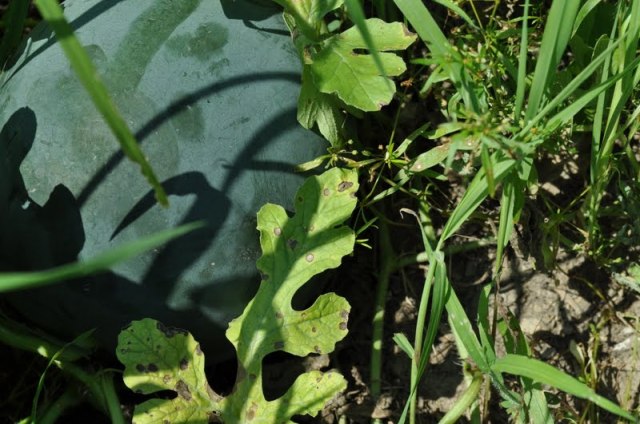 I have wished that we had some sort of trellis for the melons because they did run so wild through the garden, but also because they ran right out of the fence as well as up the fence! 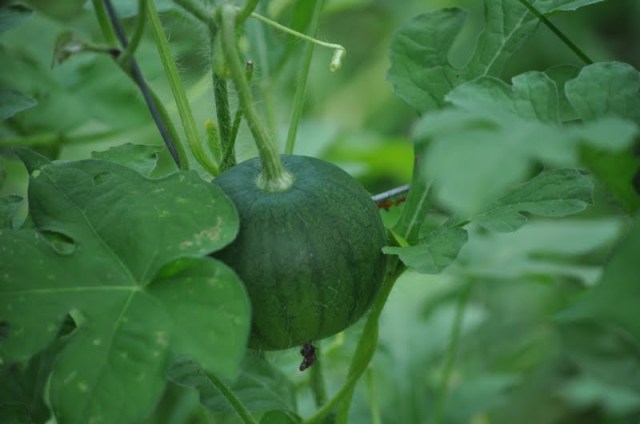 And for the melons that decided to grow in the yard? 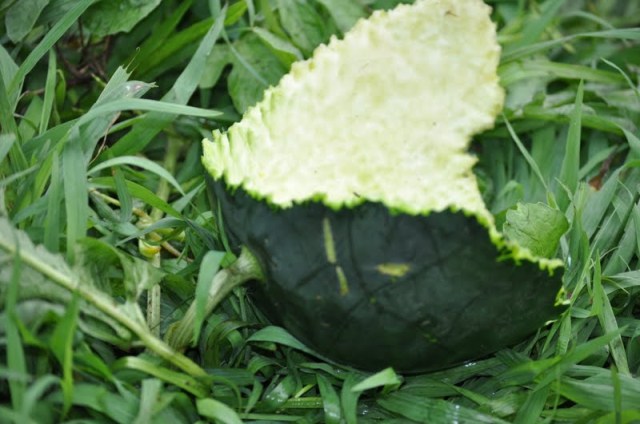 Chicken food they became!  If you notice, this on is still attached to the vine!!
The black-eye peas are really just now starting to take off good.  So while everything else will be tilled under in a week or so, my peas will have at least another month or so to grow. 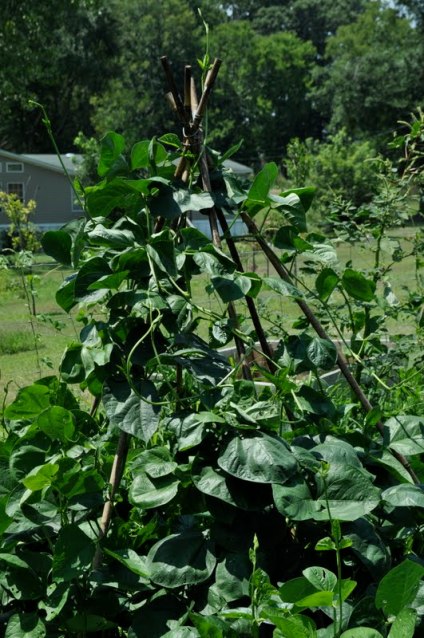 Of of my favorites parts of my little garden this year was to plant a row of cutting flowers. In the later part of April I found a bunch of gladiolus bulbs on clearance and decided to plant them all in the garden. Mixed with zinnia and some other pretty flowers I have loved the burst of color that has greeted me this summer! 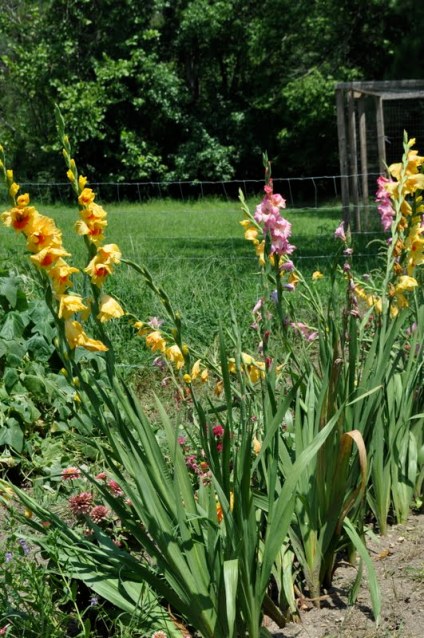 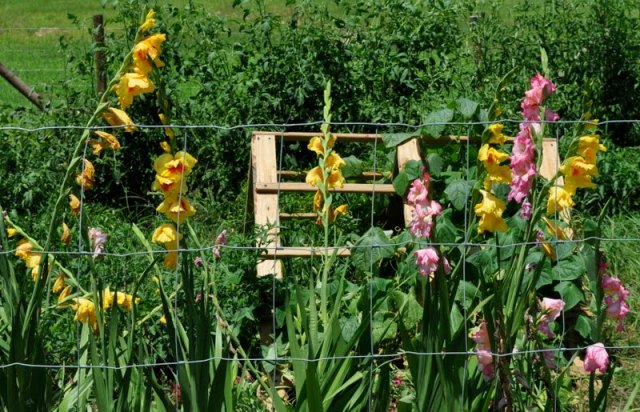 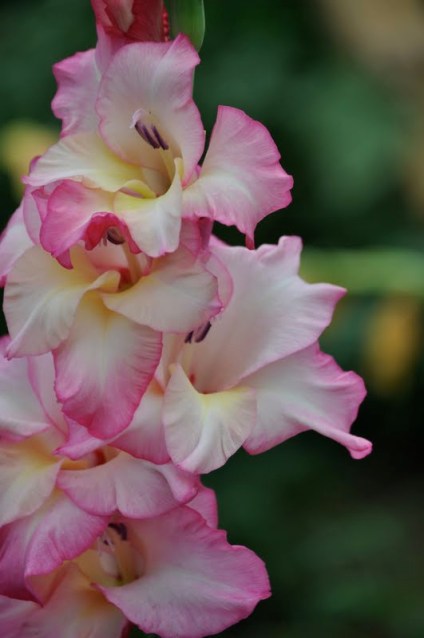 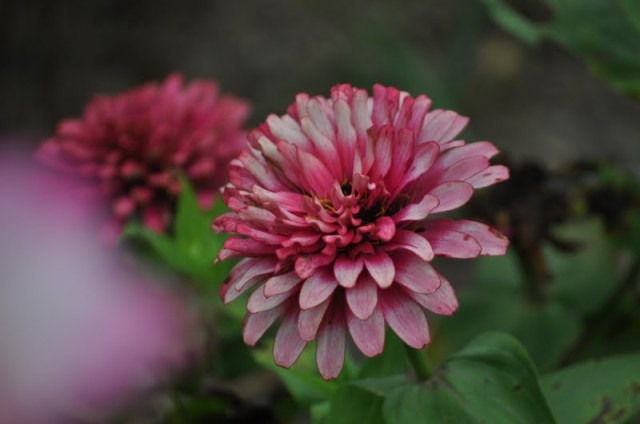 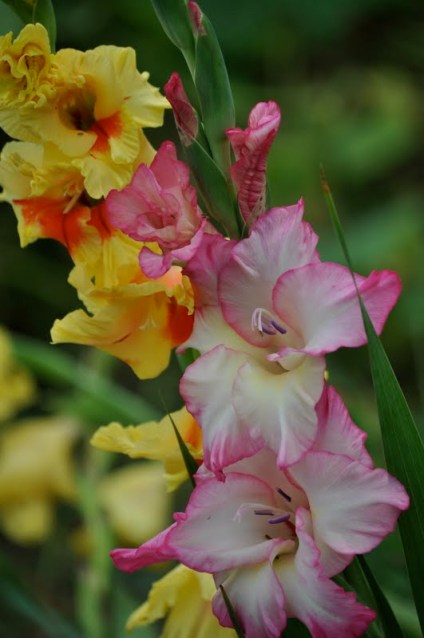 We have really enjoyed cutting our own flowers this year and have let them take center stage on our table on several occasions. 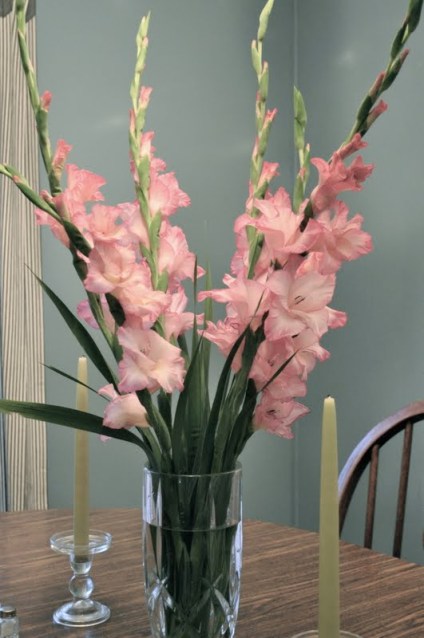 Did you have a garden this year?  How did the harsh elements affect you?

One thought on “Late Summer in the Garden”