OK, yes, I know it is February.

And yes, I missed writing.

My focus was just elsewhere.

Life has a way of throwing chaos into our perfectly arranged schedules; car accidents, changes in college plans, early graduation, holiday travel, and this momma beginning a new full-time job….  If you follow me on social media, you’ve probably seen a glimpse of what’s happening in our life including many of the above mentioned things. While these little changes weren’t drastic, there is one more.

After five years here in South Carolina, we are moving.

While I have known this was a possibility for months (my Audley has been very unhappy with his job for about 8 months now), reality hit in December when after countless leads, interviews, glimmers of hope, disappointments and a flat-out “no”, what we were praying for  and least expected was offered to us.

Honestly, it is not the ideal time with graduation, a wedding, and other big events in the near future, but apparently God felt it was the right time and it is actually a really good thing for us.  It’s also been good for my own spiritual life, something I really needed.

My prayer life has always been weak.  Growing up in a Christian home, I cannot begin to count the number of times I’ve been told to “just give it all to God”.  It sounds so simple, but my version of giving it to God has always been “here you go” and then proceed to tell Him how to do His job.  It’s so difficult to relinquish control.

I guess we are all like that from time to time.  As a mother I think it’s only natural to fix things, but I couldn’t fix my husbands disappointments with work.  The one thing I could do is continue to support, encourage, and build him up as I have done for nearly twenty-two years now.  As Audley’s frustrations began to grow, our prayer life actually grew stronger with them, which is the opposite of how we normally deal with stresses in our lives.  We found ourselves praying together more, and for the first time in my life I found myself giving my stresses, anguish and questions to God and not telling Him what to do!  I didn’t want the mess anymore!

Let me tell you, it’s a liberating feeling to finally completely surrender control!

It’s funny when I look back on my youth and think of the things I prayed for: to make Georgia state honor band, an “A” on a test I didn’t study for, make the softball team, a later curfew, or to wear makeup like my girlfriends… These things were trivial, but I wasn’t afraid to pray for them.  As adults it’s easy to forget the trivial and think only the big things matter like sickness, protection, forgiveness.  Sometimes I feel like I’ve rehearsed a standard prayer and can’t deviate from it because that is what an adult would do!

Oh to have that childlike faith of saying whatever is on my mind again!

The crazy thing is, we can have it, we just have to humble ourselves like we did years ago! 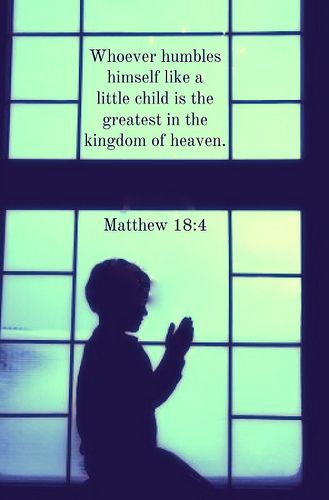 So those precious moments when my son prayed for a dog or to get a hit in a baseball game as a little boy and the time his 16-year-old self recently thanked God for “letting his dad live to be so old” (Audley is 45…) and to let his sister not kill him with her driving on the way to school are the same way we should be willing to open up and pray as adults!

After experiencing the results of letting God take control, it’s something I plan to continue pursuing.

So, where will move number 14 take us?

We will be in the suburbs of Atlanta.  Two hours from MacKenzie when she marries in June, just under two hours from Madeline when she heads to Point University to play lacrosse in the fall and Just over two hours from our oldest, Samantha and her hubby, as well as my parents in Tennessee.  Perfectly centered to be more available for all of our family!

Bradley has asked that we make the move as soon as possible so that he can jump in and get involved to finish his junior year, making his senior year much easier to begin.  He’s even been researching school districts on his on.

I’d say that boy of mine has been doing his own praying and has complete faith God will guide him through this as well.

Have a fabulous weekend my friends!

One thought on “Learning to Let Go”