I remember as a little girl attending the Ringling Brothers Circus at the Omni in Atlanta each year.  As we would leave the show we always stopped somewhere totally child-friendly for dinner (a playground was usually involved in this stop) where my siblings and I would proceed to play on the playground as if it were our 3-ring circus.  We would create a tightrope of the thin bars making up the equipment, swing from monkey  bars as if they were trapeze bars, and flip around as if we were stars of the show.

I thought those days of imagination were far behind me, but Cirque du Soleil has carried me back in time, bringing back that little girl staring in amazement and wonder at the acts happening before me.  Cirque du Soleil’s LUZIA is enchanting, captivating, thrilling, and so much more than the trapeze artists of my childhood ever were.  Cirque completely takes me back to those  days of wonder from my childhood, except I would NEVER attempt many of the astonishing acts these performers did!

All I could do was sit wide-eyed and clap with childlike excitement and joy as each act was complete!

Due to popular demand, Cirque du Soleil is extending performances two weeks so that the show will now conclude on November 19, 2017, to the previously announced Atlanta engagement.

You must attend this show if you can manage!

I was able to take in this delightfully-imaginative and visually-stunning production LUZIA, a waking dream of Mexico on Thursday and was completely mesmerized from beginning to end of the show. 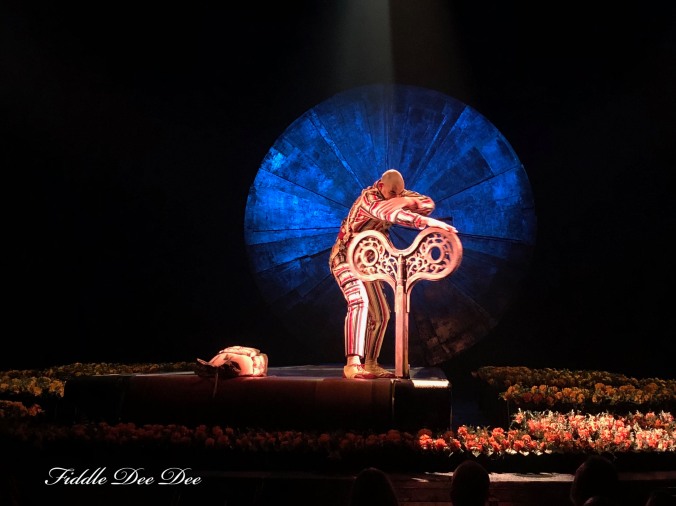 LUZIA takes you to an imaginary Mexico, like in a waking dream, where light (“luz” in Spanish) quenches the spirit and rain (“lluvia”) soothes the soul. With a surrealistic series of grand visual surprises and breathtaking acrobatic performances, LUZIA cleverly brings to the stage multiple places, faces and sounds of Mexico taken from both tradition and modernity.

Luzia uses water, multiple settings, fantasy, colorful costuming, music and of course acrobatics to tell the story.  This artistic journey will take you from an old movie set to the desert to a smokey dance hall using imagery representing the culture, history and mythology of Mexico from the past to the present. 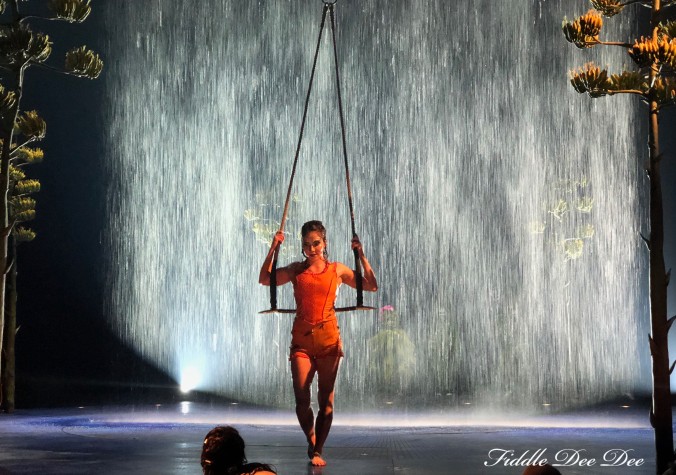 To add to the beauty of this production, LUZIA incorporates the element of rain into its performance, a first for a Cirque du Soleil production.  There are 17 different acts, and many of them involve the use of water, from a pool in the specially made stage to falling rain. 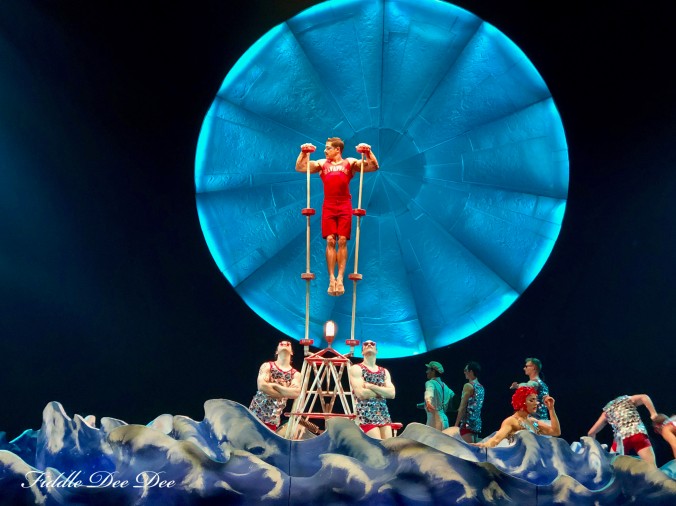 As performers acted out the story I am sure that I held my breath and stayed on the edge of my seat. I have never seen anything like it! 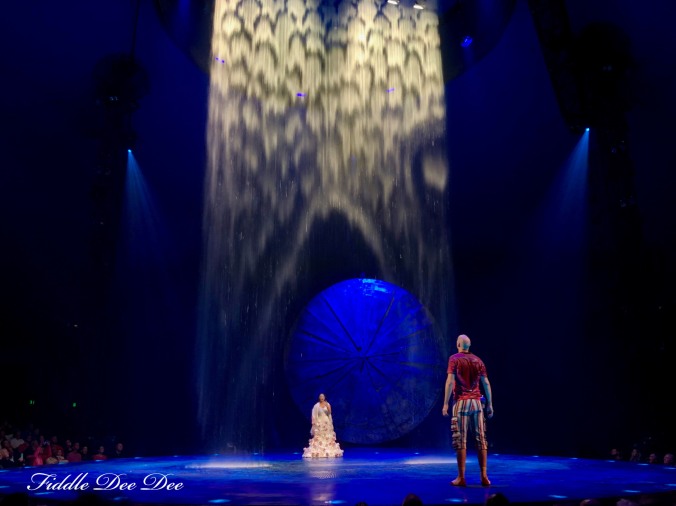 After the show I was able to take a backstage tour and learned several interesting things. First, the music is live, performed by six musicians playing a variety of instruments.  Sometimes you would see them on-stage, but they also played from backstage.  There is also one beautiful soloist singing in Spanish.

1,585 gallons of water used during the performance are recycled for the entire duration of a stay in a given city.  This water is filtered and disinfected for the health and well-being of the performers throughout and after the show. The stage floor has 94,657 holes through which the water drains into a 3,500-litre basin hidden underneath.  It is coated with a special textured surface to protect the performers in the dry acts. 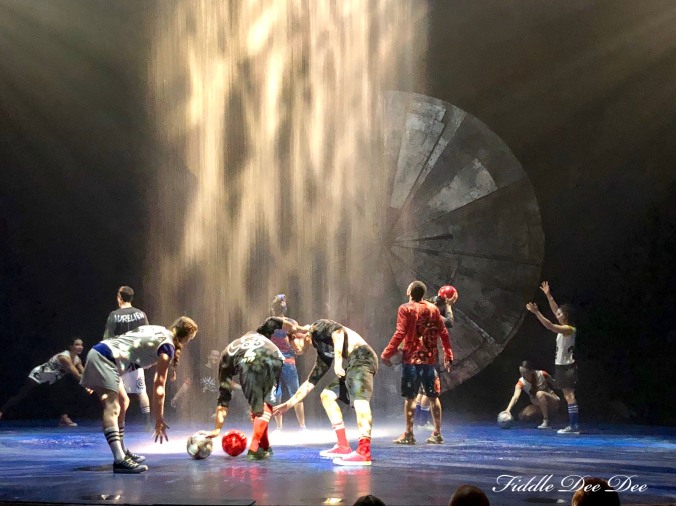 There are over 800 colorful costumes involved in this production.  Each piece is custom made for each performer personally and they also have a spare for everyone, meaning that this production travels with over 1,600 costumes!  Every costume is cleaned after the performance and readied for the next show. 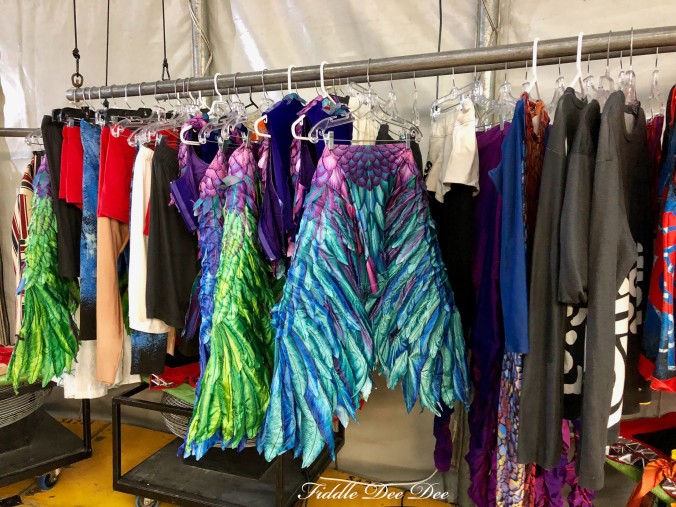 The puppets are made from a special foam, then painted its realistic appearance.  They take multiple people both inside and out to operate.

The artists perform in 8-10 shows a week, which means they must be in top condition.  They have physical therapists that travel with them as well as gym equipment for training.  Performers are on a year contract, but may extend for many years as long as they feel they are physically able to perform.

Many are involved in making the show spectacular and memorable.  A total 115 people from 25 countries are part of the touring cast and crew of LUZIA. 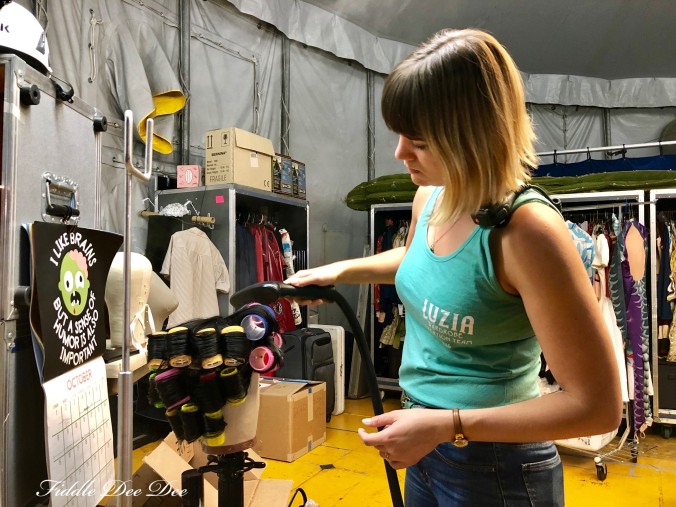 There are more than 40 different job titles on site, including Electrician, Head of Tents, IT Specialist, Sales & Customer Experience Supervisor, Publicist and Plumber.

You can find Cirque du Soleil’s LUZIA under the Big Top at Atlanta’s Atlantic Station until November 19th!  It’s completely worth checking out for a local date night, one-day trip or making it an overnight get-away!